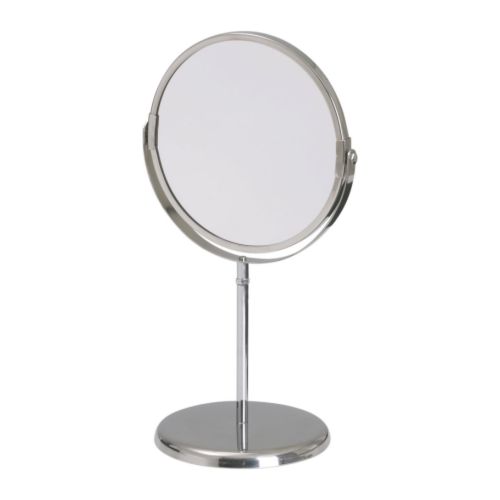 We all know that we see ourselves a little differently than everyone else does. When we look in a mirror, we are seeing a reversed image. What is left is right and what is right is left. It turns out that people prefer the image they see in the mirror to their true appearance.

Researchers in Paris enlisted volunteers from a group of French women aged 36-60 undergoing cosmetic surgery between January and March of 2015. Of these women, 50 were having facial aesthetic surgeries such as face-lifts and blepharoplasties. The plastic surgeons took two digital photographs of each of the women and discarded the second photo. They reversed the first image and showed the patients the two photos (the natural way the woman appears in photographs and the mirror image-the way she sees herself when she looks in the mirror).

The women in the study were asked to choose which picture of themselves they preferred. The flipped mirror image was chosen by 73% of the subjects. Only 9 patients realized that the second picture was actually mirror image.

Humans are naturally asymmetric. We all have a big eye and a small eye. If you wear glasses, place them on a table. If the glasses can be rocked, that means one of your ears is higher than the other. Women have one breast that is a little larger than the other. Most people are not even aware that they have these asymmetries. Although plastic surgeons try to make both sides of the body match perfectly, this is an “ideal” that rarely occurs in nature. The French study proves once again that “beauty is in the eye of the beholder”.